I got this recipe from a great blog that I follow called Little Birdie Secrets. This is really as rich and easy as it comes – just don’t forget the extra milk to drink with it! I think it’s best within a few hours out of the oven while the chocolate chips are still melted and gooey, but it’s also great cold too! 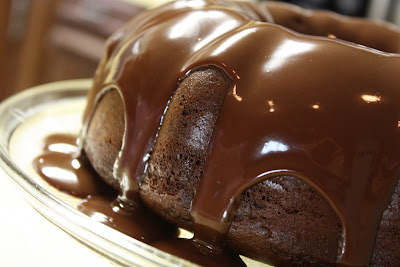 4. While the cake is baking, make the ganache by combining chocolate chips and heavy cream over medium heat. Bring to a boil, then remove from heat and stir in vanilla. The ganache will thicken as it cools while the cake continues to bake.

5. After the cake has finished baking, allow it to cool for 10 minutes before turning out onto a plate or platter. Glaze with chocolate ganache. 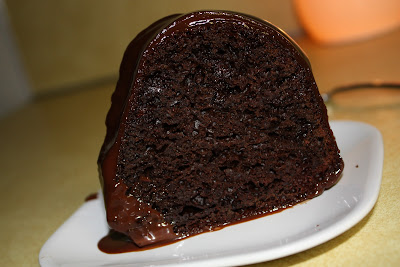 This recipe came from an accident gone completely right.

My Grammi, a proud owner of a Snuggie, fell victim to the late night infomercial for The Perfect Brownie Pan. She got herself one, and one for me as well. So, I thought I better put this over-priced cookware to good use. I whipped up a batch of my brownie batter from my favorite brownie recipe, put them in the pan, and set the oven timer. 40 minutes later, my brownies had rose so much, that they were stuck to the little grid you cook them in. So, I ended up with brownie chunks and bits, that I had to break away from the pan.

I tried to piece at least one together, so I could take a decent picture of it to use for a recipe page. But, it just wasn’t going to work. Then, I had an epiphany: stick them back together Rice Krispies style. And, why not make the chocolate/marshmallow combo complete with a graham cracker crust? And while I’m at it, I mine as well top it with some toasted marshmallows!

Nutritious: Not one single bit.
Delicious: In every single way.

Here’s the world’s best brownie recipe. You’ll never even think about using a box again, guaranteed. (I’ll get a page up later for them!)

Cream butter, sugar and vanilla together. Add eggs, one at a time, beating well after each.
Add in flour, cocoa and salt. Mix well. Then, add in chocolate chips and walnuts.

This is one of my favorite desserts. The salty crackers really compliment the sweet toffee and give it a lighter crunch. My mom prefers to make this soft, but I like to make it more hard and crunchy. Either way, you can’t really go wrong with butter, sugar and chocolate! 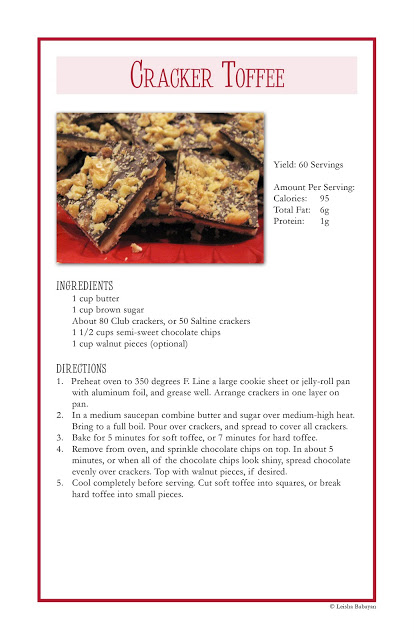 Addictive. Seriously – this recipe is not for the dieter. You think that you can just eat a couple pieces – but then 10 minutes later, the bowl is almost gone! This is a great base caramel corn recipe – if you aren’t a fan of cranberries, top it with whatever sounds good to you, or just make it plain! I’ve also tried this with peanuts and milk chocolate – but I’m sure there are so many other possibilities. 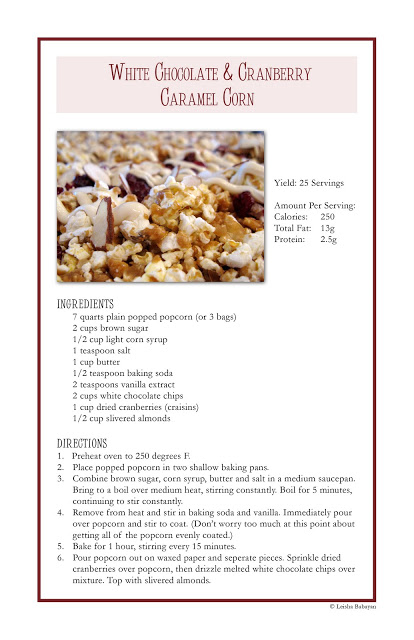